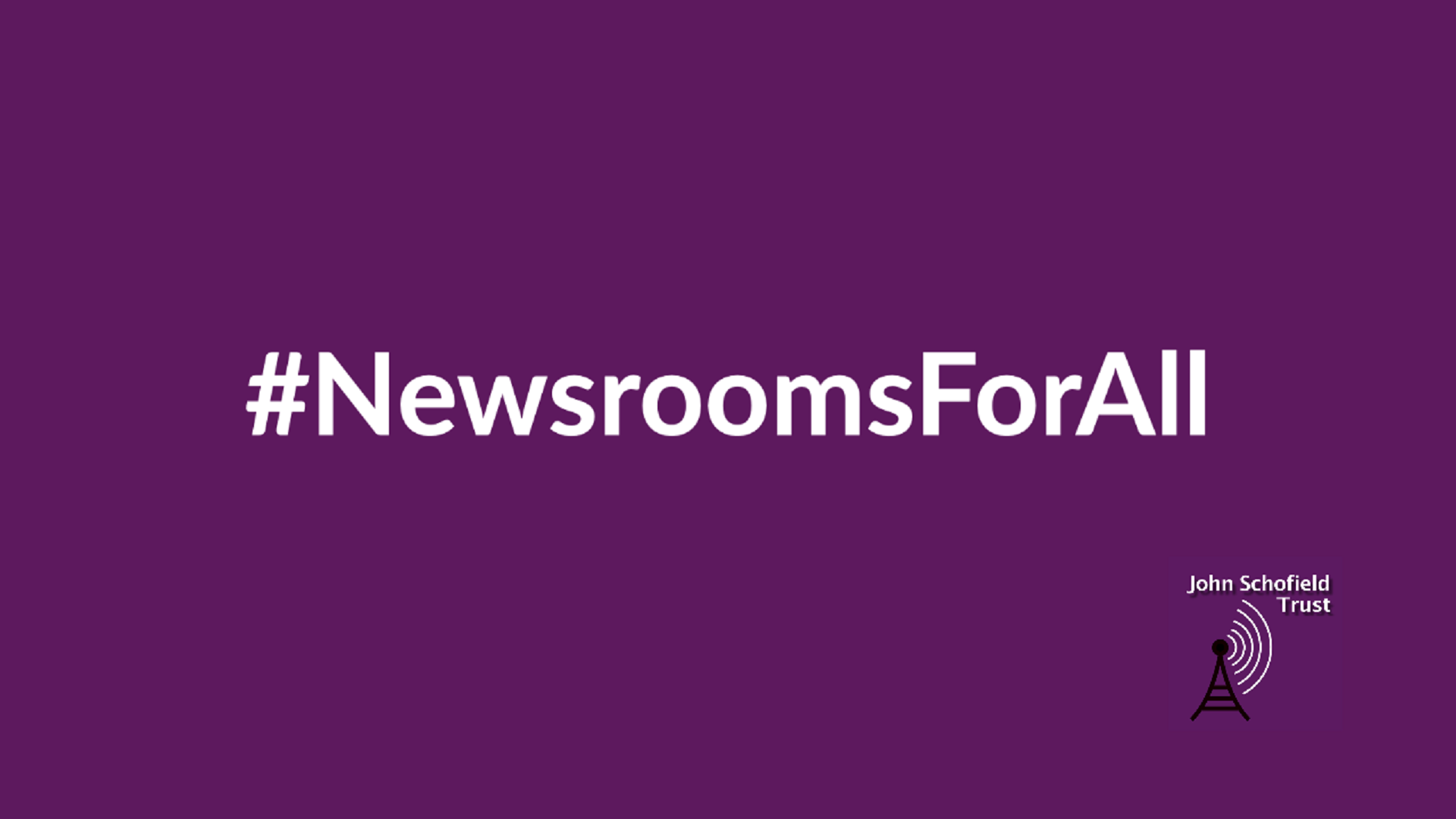 Our first public fundraising campaign has been a triumph – not just reaching our target amount, but smashing it, raising a grand total of £29,040!

Thanks to the amazing response of our many high profile champions and former mentees alike, we had a huge bank of material to work with as we set out to create our #NewsroomsForAll campaign, which could promote our ambition to make UK newsrooms as diverse as the audiences they serve, while also raising money.

Despite his work and family commitments, former mentee Muhammad Darwish gave up many hours to craft a beautiful film that not only showcased the depth of support the John Schofield Trust has among some of the most senior on-screen talent in UK newsrooms today, but also the importance of mentoring to the careers of former mentees.  We can’t thank him enough.

With the generous help of a further team of editors and producers, and with the expert guidance of current mentee Layla Wright, we crafted a social media campaign, with over 50 subtitled clips on subjects from the lack of diversity in newsrooms to the difficulties of getting started in the industry without media contacts.

The month-long campaign was launched on the 15 September with a message from BBC presenter Mishal Husain:

‘The John Schofield Trust has done such important work over so many years for journalists. And this new stage of its work where it is finding, supporting and mentoring the journalists of the future is just so important for creating the kinds of newsrooms that we need and want for the best possible journalism in the 21st century.’

A significant donation from European Bank for Reconstruction and Development (EBRD) at the start of #NewsroomsForAll meant we leapt out of the starting blocks with our fundraising.

Over the course of the next month the story of our work to mentor the next, more inclusive and diverse generations of media role models was promoted on Twitter, Facebook, Instagram and Linkedin. Our online followers increased and we had more shares and responses than ever before.

And bit by bit our fundraising total crept up towards the £25,000 target. We couldn’t have been more delighted when, just days before the campaign was due to end, a £2,000 donation from Channel 5 News helped us smash our target.

We can’t end without mentioning our mentors, many of whom were extremely generous in donating to our fundraiser in addition to giving their time to make our mentoring schemes possible. Thank you to all of them.