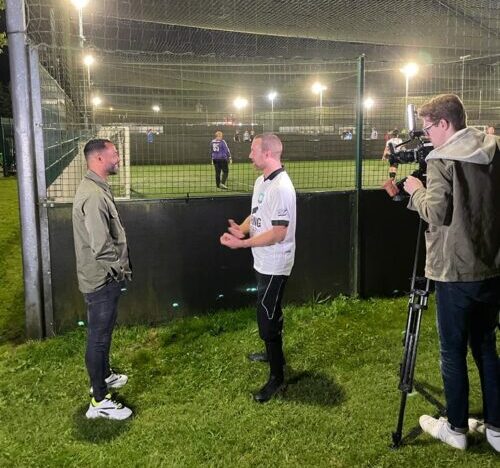 2021 mentee Gareth Shoulder has been shooting a new series of films on football and wellbeing.

Gareth, Ashley and the rest of the production team are telling stories of how purpose-led football teams across the UK are helping people overcome their mental health struggles.

Episode 1, filmed in Scotland, features Denny Warriors – a team set up to help men get active and socialise after lockdown. It is available to watch now.

“It’s not just about the football. It’s the friendships you make from it.”