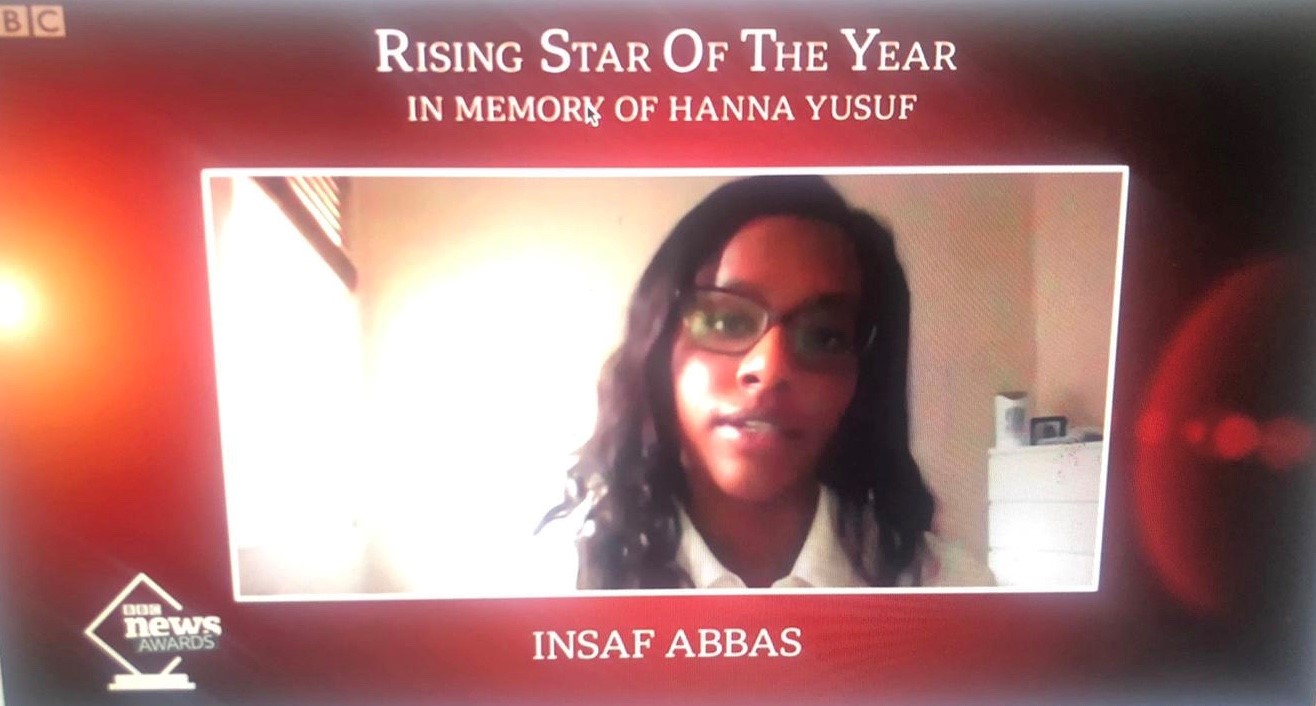 I’m delighted to have won the BBC’s Rising Star of the Year Award – if not shocked! I was shortlisted alongside some brilliant young women who were all very deserving. It means even more to me that the award is in tribute to Hanna Yusuf, a brilliant young BBC journalist who died in 2019.

I’m very thankful to the support of the John Schofield Trust mentoring scheme, which I was on in 2017-18. My mentor was Clarissa Ward, chief international correspondent at CNN, who helped me to gain confidence and taught me to take on opportunities and really push myself.

Despite still being in the early stages of my career, I feel strongly about helping those wanting to get into journalism or to progress their careers at the BBC – something that, as judges said, was very much what Hanna Yusuf stood for.

I’m grateful to the John Schofield Trust for doing the same for me when I most needed that guidance and support, and I know that they’ll continue to help so many others.