25 years working with the RTS to recognise young talent 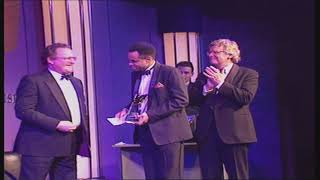 This year marks the 25th anniversary of the John Schofield Trust and Royal Television Society award for young talent.

In 1996 John’s widow, Susie, set up the RTS Young Journalist of the Year Award in memory of John. Susie explains:

‘After John was killed in 1995, I was deluged by letters from his colleagues, managers and friends all of whom telling me what a brilliant journalist he was. This John never knew. I vowed then that no journalist should go to their early grave not knowing how respected they are by their peers so it seemed obvious to set up an award in John’s name to recognise young journalists. Fortunately, the RTS agreed with this idea and created a new award in the ceremony after John was killed in 1996.’

The Trust gives a bursary of £1,500 to the winner. You can watch the footage of the first award, made to Cary Johnston (pictured above at the 1996 ceremony with the late Bob Phillis on the left, and Lord Grade on the right), here.

The award, re-named the Young Talent of the Year Award in 2014, recognises the best work during the year by an on- or off-screen journalist under the age of 30.

Winners of the award have gone on to become well known TV faces, won many other awards (including an Oscar) and have successful careers. We caught up with four previous winners to find out about their memories of the night they won, and what happened to them next…. 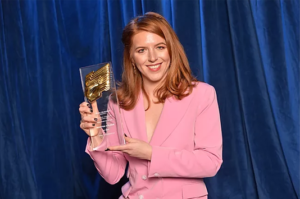 ‘It was a huge honour to be recognised, particularly with an award attached to John’s name and legacy. I remain in the same role, as Sport Correspondent at Sky News and the award has given me the confidence to grow in this position, pursue stories and investigate sport’s underbelly, even if Covid-19 has drastically altered the job in the 12 months since I won.

‘I had only been in TV journalism for 18 months when I won the RTS award and it has been invaluable to have the backing of such a prestigious award previously won by so many journalists I admire. The John Schofield Trust also provide the winner of the award with a mentor inside the business which has been really helpful as I try to further my career and continue to learn the craft.’ 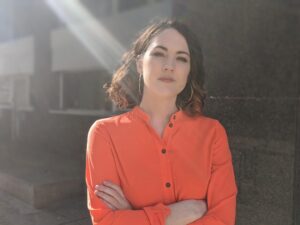 When I won the Young Journalist of the Year award (two years ago next week!) I was working at Channel 4 News and had just been given a reporting attachment from my producer job. Two years on I’m still here reporting and have done loads of really interesting stories in that time, both here and abroad and I was also the reporter for a Dispatches investigation last year.

I’d say the main thing the award did for me was to give me confidence – it’s always scary putting yourself out there to do something different but winning the award made me believe in myself and quash the doubting voice in my head! The morning after the awards ceremony I flew to New Zealand for my friend’s wedding (very hungover!) and ended up reporting from there after the awful terrorist attack on two mosques in Christchurch. I hadn’t done many lives before then but after giving a speech at the RTS awards in front of all the journalists I’d looked up to for years, the lives were a walk in the park! 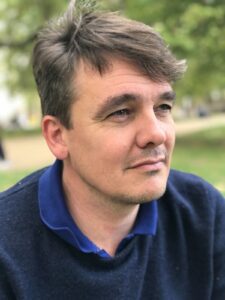 ‘At the time I was a Middle East correspondent, based in Jerusalem, with the BBC.

‘After the award, I continued to work as a BBC foreign correspondent – in Beijing, Istanbul, and Rome.

‘I am currently a news presenter with BBC World News (the BBC’s international news channel).’ 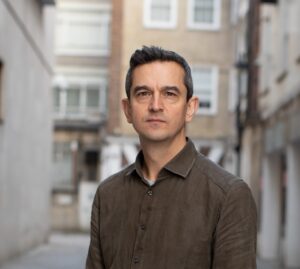 ‘What a night! I’d just had the most amazing year of my short career – reporting from war and natural disasters and sports championships around the world for the BBC’s Newsround. And then in a swanky hotel in central London I was suddenly on stage having won the RTS Young Journalist of the Year.

‘I was 27, and I didn’t realise what it actually would mean beyond the immediate elation. Winning put me on the map. There were newspaper articles, and years later people in the industry would still mention that evening and how they had followed my career since.

Two decades later I’m still in the industry, having recently left the BBC to move into an editorial role helping to lead new digital media story-telling at Sky News. I work with young and emerging talent and keep thinking about their own moment when hopefully they are nominated for the JST award …” 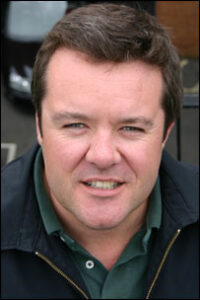 ‘1998. It seems so long ago. I won the RTS Award for a series of investigations into sex offenders who’d infiltrated a children’s charity. The Government official who leaked me the criminal records is now a close friend. A couple of years after being given the RTS I left ITV to join the BBC. My career plan had been to work on World In Action but that got canned. Instead I’ve been privileged enough to work across BBC Current Affairs on output like Panorama, Inside Out and The One Show as well as documentaries and a stint on drama.

‘For me 2021 will be a year for change as I’m leaving the BBC and heading into the freelance world. I often think about John Schofield and his legacy. There are many talented young investigative journalists out there, so I’m confident whilst the world of original TV journalism may be changing fast as terrestrial TV declines, there’s an army of new talent bursting through behind me.’

The nominees for this year’s award are: Renato Brito of  The Associated Press, Rianna Croxford, BBC News and Fadi Al Halabi, ITN Channel4 News. You can read more about the 2021 ceremony here.