A tribute to John

Trustee and friend of John’s, Matt Peacock, remembers 9 August 1995. He was working with John in Croatia at the time. This is his personal story of that day, written as an act of remembrance to his friend 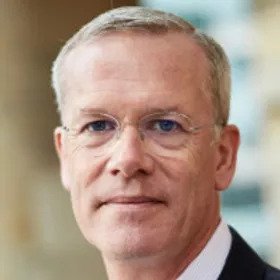 Exactly 25 years ago today, on a warm and humid August morning, I sat down for breakfast with my colleague John Schofield. We were both 29 years old, we were both reporters working for BBC Radio news and current affairs programmes, and we were both on assignment reporting on the civil war in the former Yugoslavia.

We were staying in the Intercontinental hotel in the Croatian capital Zagreb. Like other ‘hacks hotels’ of that era such as the Sarajevo Holiday Inn, the Intercontinental was a familiar operating base used by hundreds of journalists covering the third year of a brutal intersectional conflict that ultimately led to the deaths of more than 140,000 people.

The morning of Wednesday 9 August 1995

That morning, John and I had a problem. Ever since we’d arrived in country, each day both of us had managed to get a ride together in one of the BBC’s armoured Land Rovers. These vehicles were much prized in a war where most journalists traveled into, and around, the more dangerous parts of the region in hire cars (or taxis, if you could find a driver willing to take the risk, usually for a hefty fee).

Forget shootouts in movies and TV dramas. Car doors offer about as much protection from a high-velocity round as a piece of wet toilet paper. Weaving across the countryside on back roads between rapidly shifting front lines amid the rumble of distant artillery, the day could switch from OK to Seriously Not OK in seconds. The Land Rovers’ steel plating and ballistic glass separating occupants from the outside world were reassuring (even if we knew that they wouldn’t stop  anything much bigger than a round from an assault rifle).

‘We decided to toss a coin for it’ 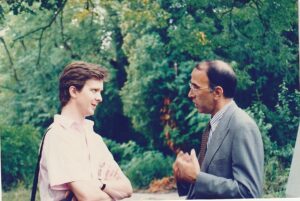 During our breakfast, John and I heard from a colleague that there was only one spare place in the BBC’s armoured Land Rover that day. Two reporters, one seat. One of us was going to have to take his chances in an unarmoured vehicle. We decided to toss a coin for it. John won the toss, and then immediately worried that I was going to be in more danger than him. I told him I’d go to a different area, to the east of Zagreb, that was thought to be lower risk (although as I discovered later, it really wasn’t that safe at all, with regular exchanges of fire between the two warring parties). We finished breakfast and John headed off to meet the team in the Land Rover, telling me he’d meet me in the bar that evening.

It was the last time I ever saw him.

A few hours later, John and the three other BBC colleagues he was travelling with spotted a burning village on the border of northern Bosnia, most probably one of many acts of murderous “ethnic cleansing” that were a characteristic of the conflict. They pulled up, got out of the Land Rover (it was often difficult to see much from inside the vehicle) and began to record what was happening. Within moments, they were attacked by soldiers who fired hundreds of rounds at close range, even though their targets were obviously non-combatants: the Land Rover was painted a bright white, and we all wore dark blue body armour (usually with “TV” or “Press” in tape on the front and back) not military camouflage.

Two of my colleagues were wounded. John was killed.

The aftermath of John’s death

His death profoundly affected many people, from my colleagues lying on the road next to John when he died to the wider BBC team in country at the time, numerous BBC colleagues around the world and John’s many friends and former colleagues across the TV news industry as well as his friends from university and school. Above all, his death was devastating for his family and his wife, Susie.

These memories have stayed with me for 25 years and I’m sure will do so for the rest of my life. I will never forget that random moment of chance that meant it was John, not me, at the centre of that shocking, sudden, violent vortex.

I didn’t know John that well before we found ourselves on assignment together, but we quickly became friends. He was warm, very funny in a classically English self-deprecating way, with an acute sense of irony. He was humble and thoughtful, ambitious for sure (we all were) but healthily scornful of the egotistical posturing of some of the famous faces in the reporting business. Above all, he was a brilliant young journalist: scrupulous about facts and fairness, humane, decent and thorough.

The formation of the John Schofield Trust

One good outcome – and only one – emerged as a result of John’s death. His widow Susie was determined to create a lasting memorial in his memory. Susie and John’s friends and family established the John Schofield Trust to provide support for aspiring and early-career journalists through mentoring and training (both much-needed and in short supply in a notoriously tough and difficult profession) and, in doing so, help to increase diversity in newsrooms. The Trust has benefited dozens of young journalists over the years, and I am proud to support it.

A change of direction: fight for human rights

News reporting never felt quite the same for me after John died. Although I didn’t recognise it at the time, something changed within me that day. A couple of years later, I left the BBC (and journalism altogether) to pursue a different career.

I’m no longer a journalist, but I remain as passionate about the importance of journalism as ever. Much of my work now is in human rights. It’s a well-known truth in that field that freedom of expression and opinion is often the most fragile of all rights, the erosion of which has grave consequences for all other fundamental rights in turn. Wherever and whenever journalists and writers can no longer freely or safely hold the powerful to account, the wholesale corrosion of civil society in all of its aspects soon follows. The silencing of questioning voices is step one in the standard tyrant’s playbook.

The conflict that ended John’s life was one in which armed men routinely committed terrible crimes that they they did not want the world to see. The journalist’s job was to make sure the world did see the evil hidden from view. In that conflict –  and many others like it before and since – journalists do their jobs knowing that they are putting themselves at risk of harm (however careful the planning and security advice) but are driven to do so out of a powerful belief that their role is a vital public good.

As journalists and news organisations are vilified from multiple directions – particularly across the hyper-partisan US political landscape – please remember that behind every news report there are human beings – young and inexperienced as well as veteran operators – committed to seek out and bear witness to wrongdoing for the noblest of reasons.

Human beings like my friend and colleague John Schofield, forever 29 years old in the memories of those who knew him, miss him and mourn his death.