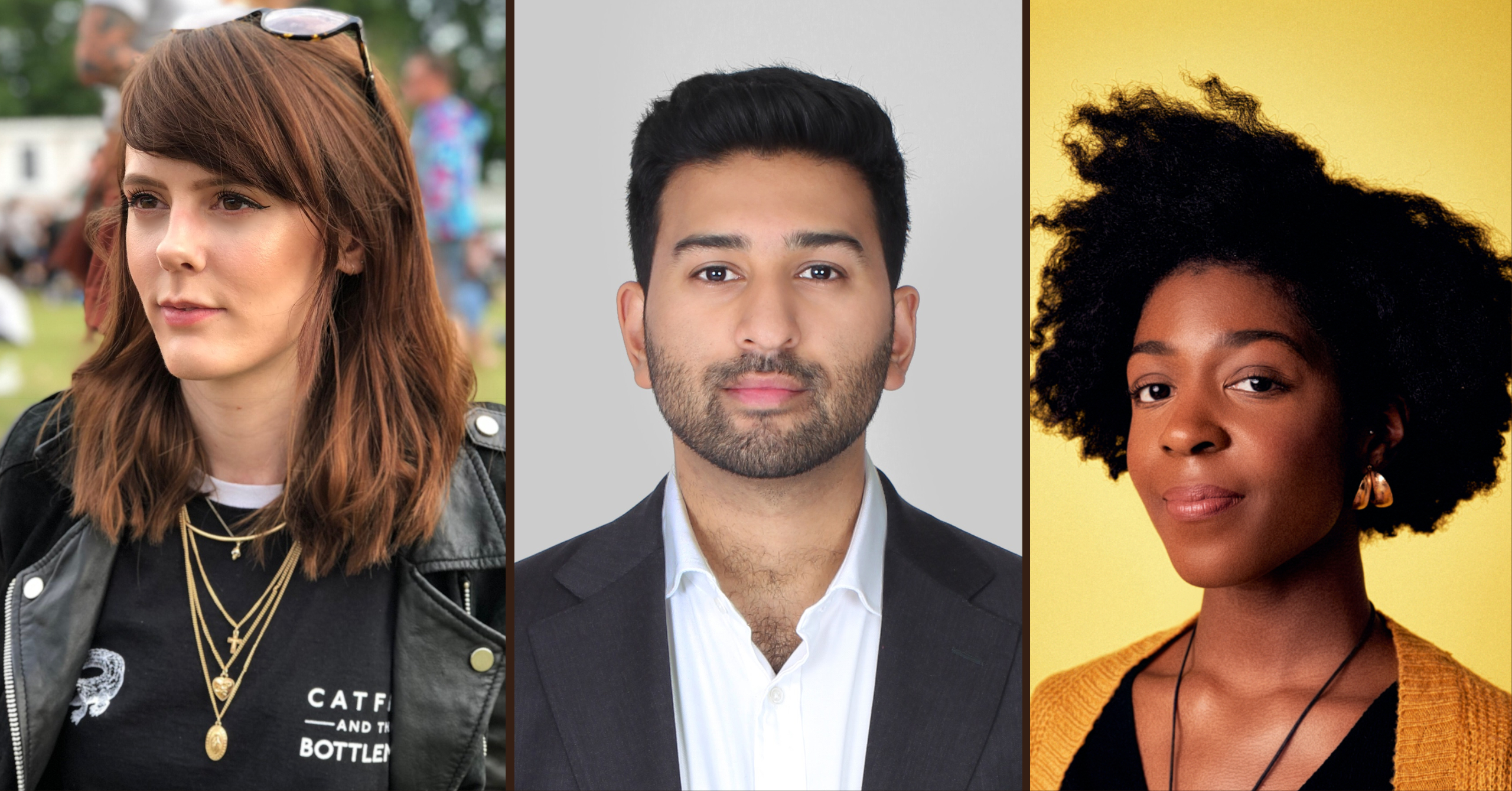 Our most recent masterclass was our most popular yet: over 150 people signed up for ‘everything you need to know about podcasting’, hosted brilliantly by Shehab Khan, Jaja Muhammad, and (former mentee) Georgia Coan. Clearly podcasting is having a moment!

The session started with Shehab, Jaja, and Georgia talking about their routes into podcasting, and their advice on how to produce your own content. This was the main theme of the evening: that thanks to mobile phones and free audio editing software, podcasts can be made by anyone. You don’t have to be a part of one of the big companies our speakers work for, or have access to a big studio with expensive microphones, if you have an idea you can produce, market, and release it on your own from your house. Shehab even told us he had once produced an episode of The Peston Podcast from a car, after the studio he was supposed to work in had a gas leak.

We moved into a Q&A section where our audience got to ask more specifically about everything from pitching to script-writing to how to hook an audience. Georgia even had advice on how to minimise ambient noise when recording interviews outside (stand with your back to any sources of noise, like roads).

And what would our panellists like to see most in their industry? More diversity! Jaja particularly highlighted the Equality in Audio Pact, which many major production companies have signed up to in order to improve diversity and representation in the audio industry.

Georgia, Shehab, and Jaja were all passionate about there being more podcasts made by people who aren’t already big names in broadcasting, and we could not agree more.

Overall, an inspiring session that I’m sure will have helped some of the next big names in podcasting!

You can watch a recording of the masterclass here.