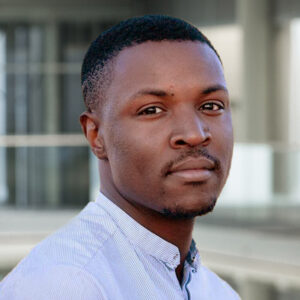 From butt lifts and YouTube pranksters, to fraudulent cryptocurrency schemes, JST Fellow Symeon Brown’s first book lifts the lid on the shady side of influencer culture.

Symeon says, “the investigation is both portrait and critique of the clout industrial complex, modern work and digital capitalism.”

In an extract from the book, which was exclusively published in the Guardian, Symeon wrote:

“In 2008, I was an economics undergraduate learning about how boom and bust had been banished. We all know what happened next: the global economy crashed. Graduate schemes disappeared before my eyes and the next decade did not live up to the promises made in the one before. As wages dropped and employment opportunities fell, our consumer spending got higher and personal debt rocketed. And this was before Covid-19 struck and making money from home became the only game in town.

It is in this climate that “influencing” seems a viable career, providing a potentially luxury lifestyle with a low entry threshold. Once you have figured out how to get people’s attention, you can monetise yourself as both product and salesman. Often we do not even think of the most successful influencers as digital workers, since they market themselves as relationship gurus, financial experts and activists. Some influencers even offer teaching on how you can emulate their success. One YouTuber named Patricia Bright, who has more than 2.8 million subscribers, has written a book titled Heart & Hustle, which promises “to show you how to hustle like I do”.

The problem is that success in this world is not as attainable as some make it seem, and addiction to accruing followers by any means necessary is warping human behaviour on and offline.”

Symeon is a 2015 Fellow of the Trust and a reporter and journalist at Channel 4 News. He was shortlisted for an Orwell Prize in 2019 and shortlisted at the 2018 British Journalism Awards. He has written for a range of publications including Vice, Guardian, Huffington Post, CNN, New Statesman and The Voice.

Symeon’s book ‘Get Rich or Lie Trying, Ambition and Deceit in the New Influencer Economy’, is out now, published by Atlantic Books.