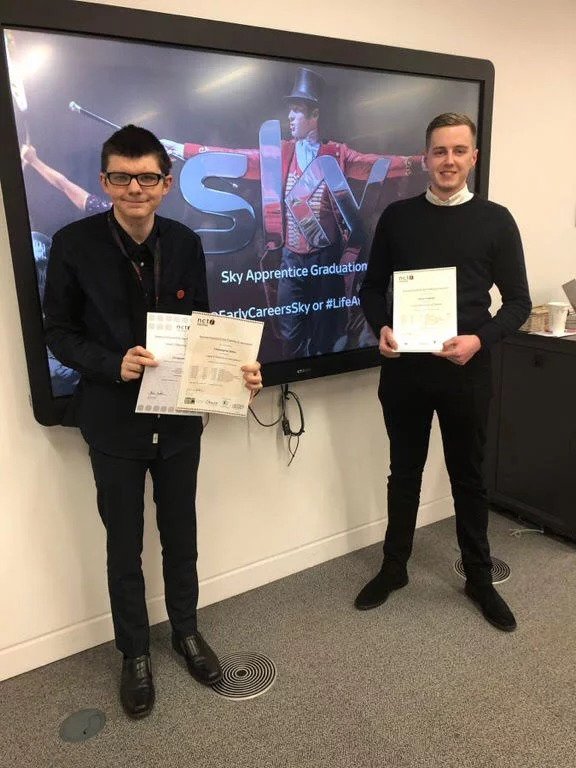 The special part as an apprentice is seeing everything happen whichever part of the team I shadowed.

As part of generation Z it was the mobile team I enjoyed best where I can see our content uploaded and ‘dressed’ which is part of the language for Sky News.

It is the narrative of a story like headline and making sure any images are suitable whether that our own copy or any correspondents around the UK or from bureaus around the world.

It was a change in intensity because it was the first time I had been on the same floor as the News Desk back in 2017. Those in charge of the online team were called assistant editors, who after pitching stories in the  morning and afternoon meetings would then delegate stories or themes to those on shift.

This is all before any on the day stories broke that came from the press agencies or social media.

My first story under my own by-line was based on a journal article on new research about dinosaurs. This seemed to do well with our social team which was good to hear.

It was covered by other outlets but I contacted the journal to gain more of a visual image and thankfully the press officer agreed.

I learnt a great deal from the dedicated team in mobile – more I want to remember on style.

I also experienced rotations with our Planning, other Digital platforms and the morning programme ‘Sunrise’ over the last two years.

The variety in knowledge from the rotations have been really worthwhile as an apprentice. To experience the changing news cycle including the newest platforms of IGTV and Snapchat unique shows which have started this year.

It has allowed me to immediately be useful whichever team dealing with breaking news whether it has been a  general election, famous deaths or the increasing nature of terror incidents.

The past two years has without a doubt cemented the values of a journalist in me along with help from charities like Arts Emergency and the John Scholfield Trust.

Both enabled me to be mentored within a contacts based industry and even with the internet, being a teenager in the North East that is not easy to achieve.

Cathy aims for the foundation to be ‘remembered as a welcoming and supportive colleague’ which I wholeheartedly believe was true for me on my first entry to being asked whether to apply for the John Scholfield Trust.

I now hope to push the new Sky News apprentice to apply so they can experience the support, and in the meantime hope to continue my work as a full time digital producer for our on-demand platform including working on original content for our YouTube channel.