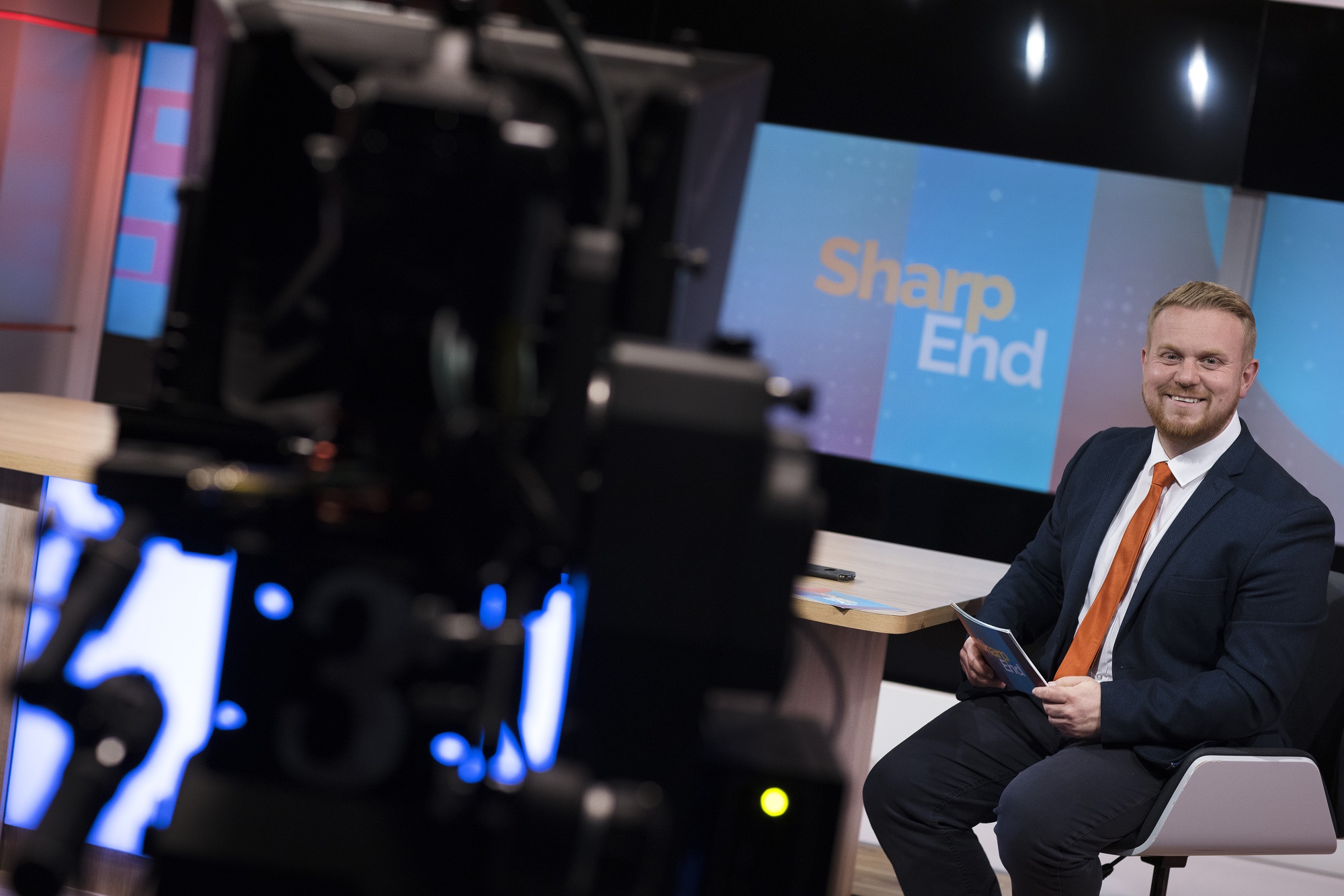 Rob, who was mentored by former Sky News Royal, Editor Paul Harrison, in 2013, took over the long running show on 14 September from Political Editor, Adrian Masters.

‘It’s a big responsibility,’ said the 35 year old. ‘My ambition has always been to build my career in Wales and stay in Wales. Most of our news comes from England and doesn’t reflect the reality of devolution so I feel a huge responsibility to help inform the Welsh people what the decision makers are doing in our name.’

He’s become a familiar face to viewers in Wales in his role at ITV Wales as National Correspondent where he reports on the flagship Wales at Six show as well as making documentaries for the channel.

‘The John Schofield mentoring scheme gave me the boost to my career I needed. It came at a tough personal time for me as my father was diagnosed with terminal cancer. However, Paul’s mentoring really helped me keep focus, showing me around his then newsroom at Sky and introducing me to key people in the industry. It’s what I needed to keep going – and I’m glad I did!’

‘I want to thank Paul and everyone at the Trust. It helps so many young journalists and is a huge asset to our industry. Keep doing what you do best!’