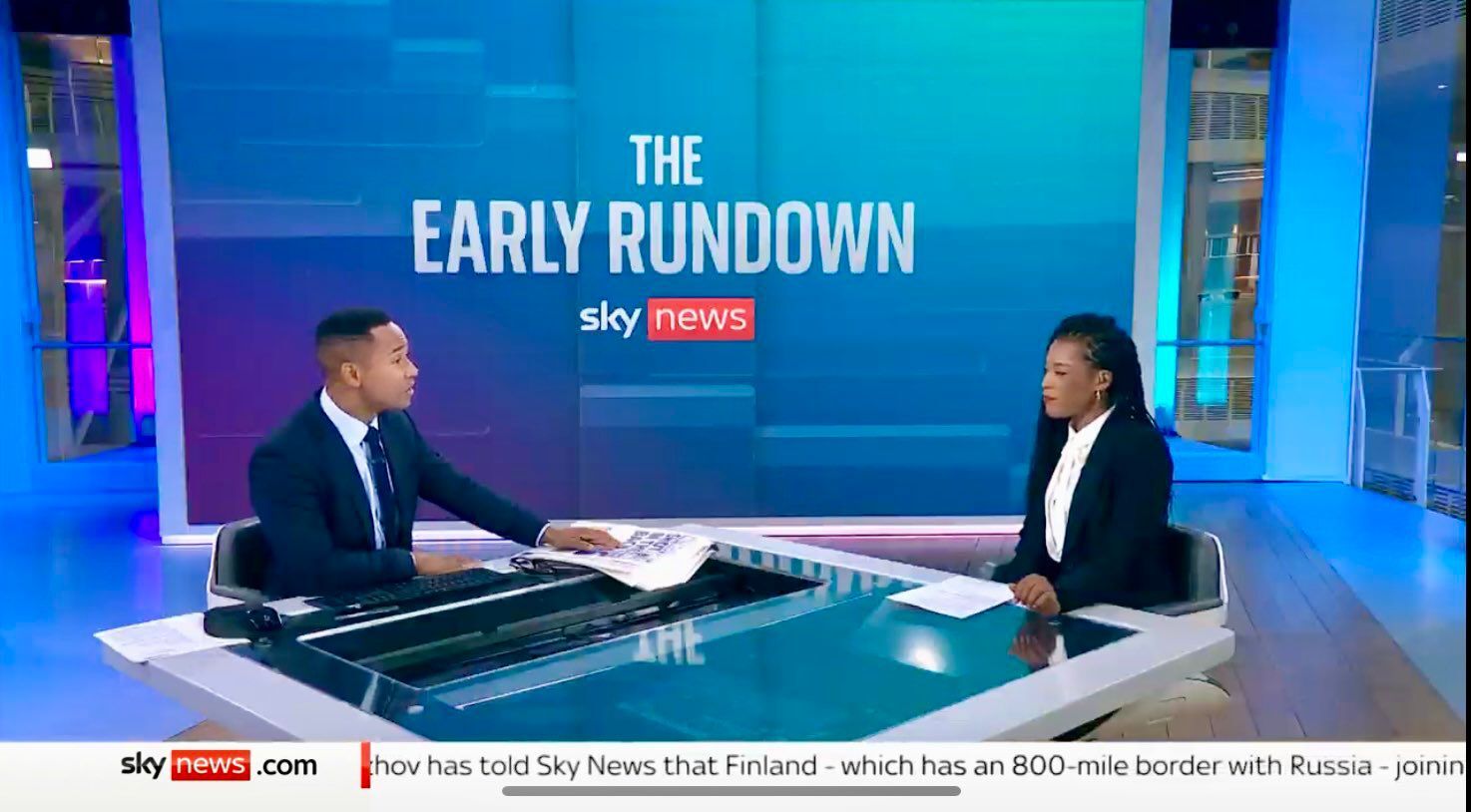 2022 Fellow Shamaàn is celebrating her first full year as correspondent at Sky News.

She marked the occasion with her first appearance in the infamous ‘glass box,’ reporting on the Early Rundown alongside Kamali Melbourne. The show provides a comprehensive round-up of all the big stories of the morning, with reports from Sky News correspondents in the UK and around the world.

Shamaàn opens up about her journalism journey and the lessons she’s learned along the way here:

“After five years working in various roles in journalism, I knew that I wanted to become an onscreen reporter. So when the news correspondent job at Sky News was advertised, I jumped at the opportunity.

I knew it was the best for breaking news with some of the top reporters in the business, who are often praised for their dynamic approach to storytelling.

Landing this gig would be challenging, but a dream come true.

I remember my first live report at Sky like it was yesterday, covering the story of a whale stranded in the River Thames. I was petrified, adamant I was going to say something wrong and totally mess it up. But I didn’t.

My voice was about five pitches higher than usual, and I had a creepy smile on my face the entire time; but I survived.

A year later, I have had the privilege of reporting on the major breaking news stories of the day, as well as working on my own exclusive original reports and news packages.

For example, in the last month alone I produced an exclusive report highlighting the increase of Brits being treated on the NHS after having botched surgery abroad, including an interview with the sister of a woman who has been left in a permanent vegetative state following plastic surgery in Turkey.

In that same month, I covered the increase in small boats arriving in the UK, reported on the cost-of-living crisis and conducted an exclusive interview with the President of Guyana, to get his take on the reparations argument.

Over the past year I have learnt so much! Not just how to hurry up and finish your report when someone shouts ‘WRAPPPPP!!!!’  through your earpiece – but also that it’s a great idea to limit water intake when you’re likely to be on the road for 10 hours plus.

Sounds silly, but these are vital skills to have.

Since joining Sky News, I have improved in leaps and bounds, and continue to grow more confident on-screen each day. I am so proud at how far I have come in such a small space of time.

But my proudest moment to date was when I was approached by a man a few months ago at a protest who told me his 8-year-old daughter had started watching Sky News after seeing me pop up on screen– and had decided that she now also wanted to be a reporter.

I was so overwhelmed by this because it reminded me that diversity is not just about the stories we report, it’s about those covering them too.” 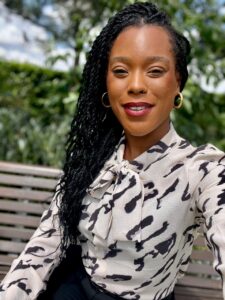