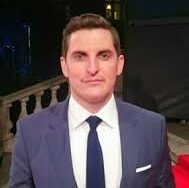 Peter Smith, ITV’s Scotland Correspondent, secured an exclusive interview last week with two men at the centre of an eight-hour stand off with UK immigration officials in Kenmure Street, Glasgow.

The men, Lakhvir Singh and Sumit Sehdev, were held in a UK Immigration Enforcement van after a raid on the house where they were staying. But  neighbours of the men surrounded the van, some laying beneath its wheels, to prevent them from being taken to a detention centre.

Writing on the ITV News website, Peter described the scene:

‘After an eight-hour standoff, the doors of the UK Immigration Enforcement van were opened. People power on the streets of Glasgow forced this U-turn – and two Indian men who had faced detainment, possible deportation, have instead been released. They have now spoken exclusively to ITV News, thanking the people who supported them. Sumit Sehdev is a chef; Lakhvir Singh is a mechanic. Both men are in their 30s and have been in the UK for 10 years without leave to remain. At 9.30am they had a knock on the door of their tenement flat in Pollokshields on the southside of Glasgow.

‘Six UK Immigration Enforcement officers removed them from their home and put them into a van heading to a detention centre.

‘But their neighbours were determined not to let that happen. Hundreds immediately poured onto the streets, surrounding the immigration van – even lying under it. This is also Nicola Sturgeon’s constituency, and the Scottish first minister had pleaded directly with the UK Home Office to stand down. A UK Home Office statement said this operation was “conducted in relation to suspected immigration offences.” But it was the people here in Glasgow who decided their neighbours were not leaving today. Eventually, Police Scotland had to make the operational decision – for public safety, the two men were released. Lakhvir and Sumit are now back home with family – within a community that has fought off the Home Office to keep them here.’

Watch Peter’s interview with one of the two men below: