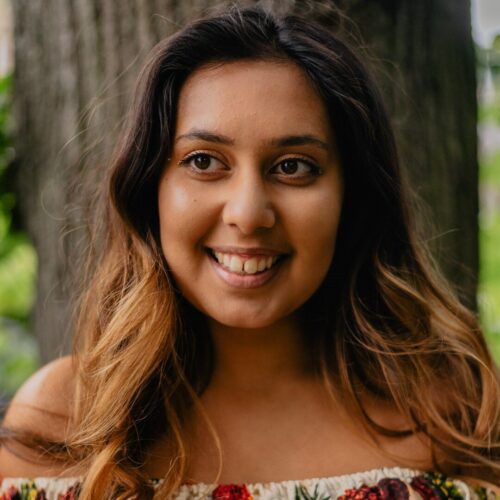 Neelam, who is a Social Producer at The Guardian, has interviewed an activist from a different Indigenous community across every continent. She speaks to them about what the rest of the world can learn from how Indigenous peoples care for their environments.

Neelam says: ‘Most countries have been colonised by mainstream religions, capitalism, and neoliberalism. But we are lucky to have a few precious pockets of people who survived and can give us a window into a different way of thinking about the Earth and our place within it.

‘That’s why I produced this series, to give a platform to the underrepresented voices of Indigenous communities, who are still denied the platform and power they deserve (and that could save our planet).’

As the World Bank notes, Indigenous communities make up only 5% of the world’s population, but protect 80% of its remaining biodiversity.

These interviews come during the negotiations at COP26 in Glasgow, where the world waits for its leaders to agree on actions to keep global heating to below 1.5°C above pre-industrial levels.

You can watch Neelam’s main video below. Her six-part series will be published over on The Guardian‘s Instagram account, with three published at the time of writing.