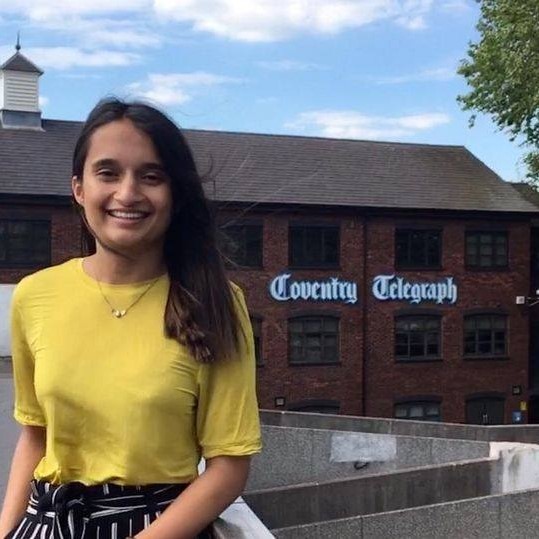 Current mentee Naomi de Souza has been covering the story of RAF veteran John Wilcox, who has been roller skating his way to a sizeable charity donation. 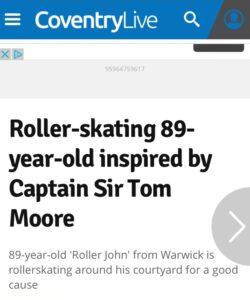 Naomi says, ‘My newsdesk had sent me John Wilcock’s fundraiser last week, which at the time said he was aiming to raise £500 for FareShare by roller skating two laps of his court until his 90th birthday.

‘Aided by his wife Jeanne’s stroller, he was getting a lot of local attention.’

But even Naomi was amazed when John’s story took off. ‘I interviewed John over the phone, and he has since been across all local news, BBC Breakfast, and even local radio in the Canary Islands!’ 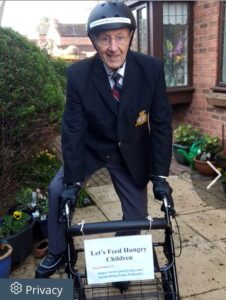 And now the enterprising octogenarian is looking to recruit a media team. ‘When I spoke to John last week, he joked he might need to find a press secretary!’

Naomi is impressed at the impact John has had. ‘Incredibly, he has now reached over £30,000, changing lives from his quiet corner of the world in Warwick.’

You can read Naomi’s original coverage of John’s rollertastic efforts in the Coventry Telegraph here, while you can find her follow-up report here. You can also donate to John’s skate-tacular fundraiser here.