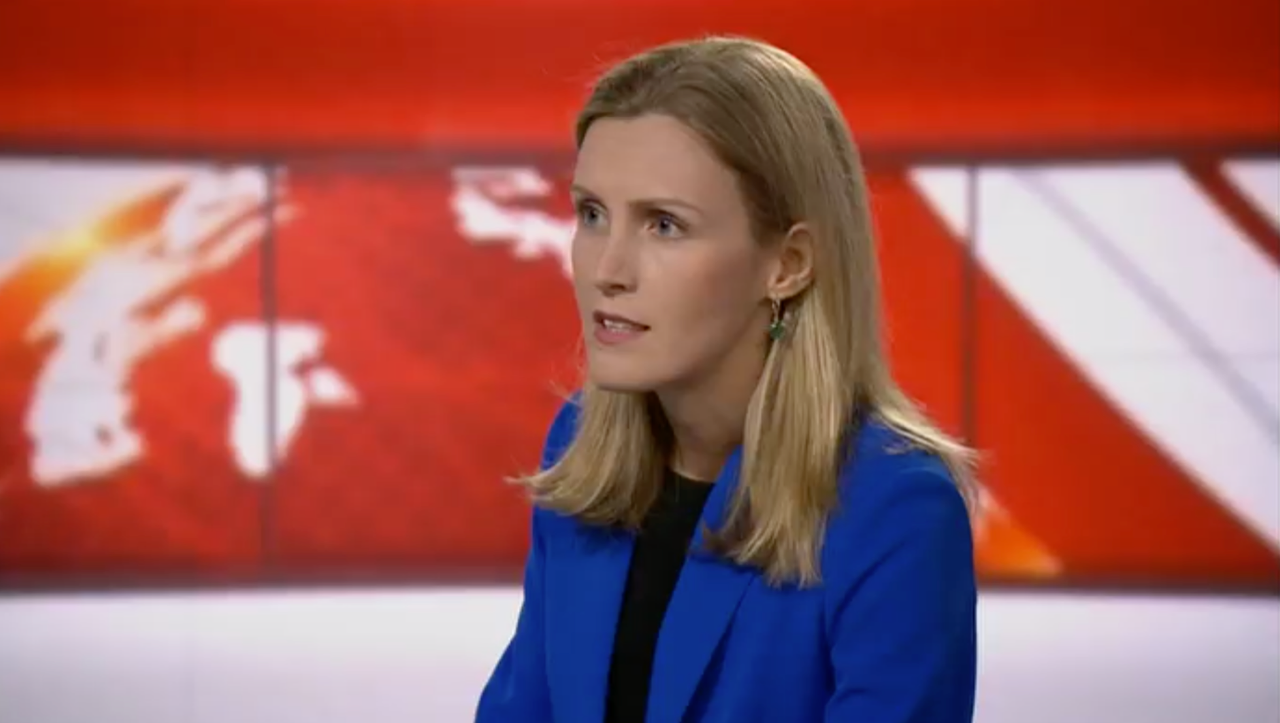 Earlier this year, Katy Austin, who was mentored by Andrew Wilson on the 2015 mentoring scheme, started a permanent role as a BBC News Business Correspondent. Here Katy traces her progress since her time on the mentoring scheme.

‘In January I secured my job as BBC News Business Correspondent on a continuing basis. It involves working a lot of weekends and is very self-starting – often working without a specialist producer. It’s also varied. I could be reporting top story on the Ten O’Clock News or Radio 4 bulletins, getting a story together for BBC Breakfast, writing for Online, doing a World Service radio two-way, or contributing digital video (digital output unsurprisingly being a increasing focus). I’ve also presented Business outside broadcasts for Breakfast, and produce Today programme Business one week a month.

The pandemic has made it a fascinating and busy time to join an extremely talented team, covering everything from transport to economics to personal finance. The news has often been bad – including job losses and people unable to access financial support schemes – and we’ve all had to adapt to the challenges of producing news during a national lockdown. However, exploring the ramifications of the enormous economic story is exciting. As well as speaking to big bosses and filming in a range of locations (-18°cold store, furniture factory, beauty salons and pubs are recent highlights) I’ve continued to include ‘real people’ voices from across the country. With a background in regional news, I try to avoid being London-centric.

When my John Schofield Trust mentee year ended in early 2016, I left BBC South in Southampton to be Video Journalist and Reporter for BBC Look North in Hull. My mentor, Andrew Wilson’s advice around compelling story-telling helped make the most of this. While mostly focussing on original people-focussed Home and Social Affairs stories – winning best Video Journalist at Yorkshire’s 2019 O2 Media awards – a spell as the region’s Business Correspondent ultimately led to my current role.’ @KatyAustinNews