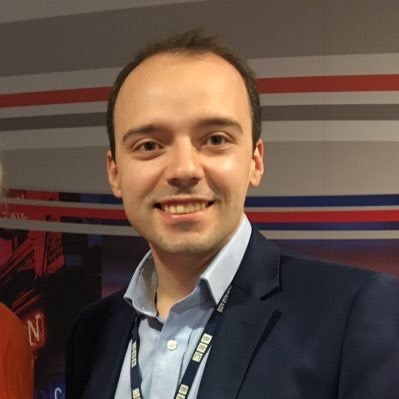 Congratulations to Jason Keen, a former John Schofield Trust mentee in 2017-18, who has joined BBC Radio 4’s Today programme as a senior producer and output editor.

Jason was previously Deputy Editor of The Andrew Marr Show, editing some of the most watched episodes in the programme’s history during the coronavirus pandemic. He also helped launch The Andrew Neil Show on BBC Two and produced The Andrew Neil Interviews series with party leaders during the 2019 General Election.

A specialist interviews producer, Jason has produced the winner of Politico’s Broadcast Interview of the Year Award for the past two successive years: Andrew Neil’s 2019 encounter with Jeremy Corbyn and Emma Barnett’s Marr interview with Barry Gardiner in 2018.

Jason said: ‘I’m delighted to be joining the Today team at such an exciting time for the programme. When I first started out in broadcast journalism I used to listen to the editors’ names being read out before the pips at nine o’clock and think I was a million miles away from that ever being me. The fact it is now happening is both a thrill and a privilege.

‘I need to say a big thank you to Susie Schofield and the JST for helping me reach this point – their ongoing support has been absolutely invaluable. Chris Howard at Sky News was the ideal mentor I needed at that point in my career and was always there when I needed advice. It’s fantastic to see the Trust going from strength-to-strength and I hope many more aspiring journalists take the chance to get involved.’