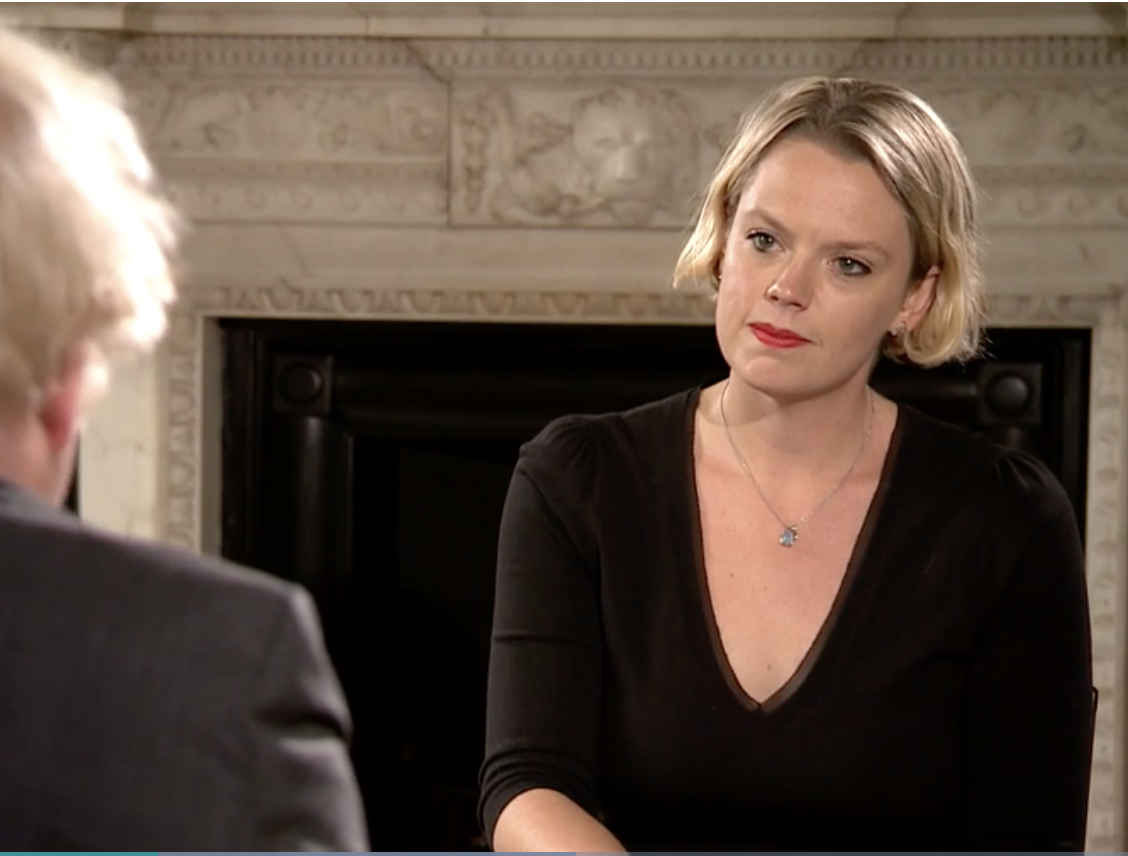 Former mentee Hannah Miller won plaudits for her interview with the Prime Minister Boris Johnson, after she raised inconsistencies in Covid restrictions across the country that were picked up by Labour leader Keir Starmer and several national newspapers.

‘I’ve been covering the local restrictions and their impact on the North West since they were introduced in July, and am very aware of the anger, frustration and confusion that many people feel. The week prior to my interview with the Prime Minister I had filmed a feature in Oldham, where people repeatedly spoke of the need for hope. Interviewing Boris Johnson, I felt a huge responsibility to try to get him to engage with the issues people were raising and to see if he could offer the answers that many people crave. There’s a limit to how much you can ask in four and a half minutes, and I was keen not to get side-tracked onto slogans we’ve all heard before. We got through as much as we could.’

Since the interview, Hannah has also sat down with Greater Manchester mayor Andy Burnham after he was unable to reach an agreement with the Government. She presents the monthly Granada Debate programme about politics in the North West and does weekend shifts as a political correspondent for the national ITV News.

Hannah grew up in Doncaster and was mentored by Morland Sanders while working at ITV Calendar in Leeds. She had previously worked as a researcher at BBC Radio 4 and at Channel 4 News. After the John Schofield mentoring scheme, Hannah went on to work as a political reporter in Manchester and was promoted to political correspondent based in Westminster, covering politics in the North West.

‘It is hard to believe now that during my time as a mentee with the John Schofield Trust I had to be pretty much forced into doing a piece to camera. Without Morland’s encouragement it would have taken me much longer to make those first steps and for that I’ll always be grateful. It feels like we are living through a real “moment” for politics in the North of England, but in reality attitudes tend to shift more gradually. I hope my work will always try to get the answers people want.’