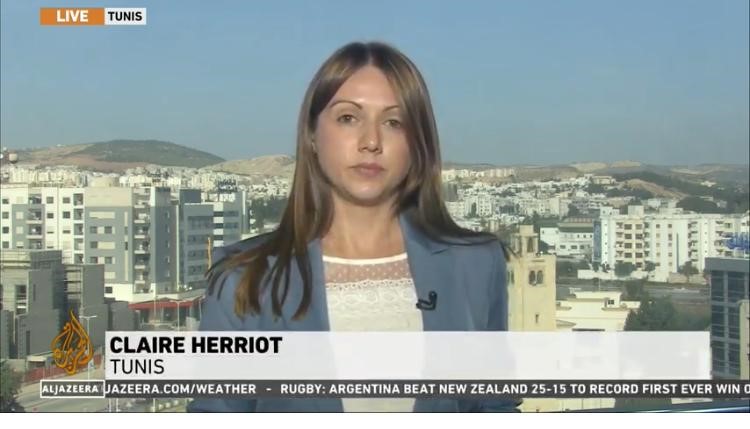 Claire Herriot was a mentee on the 2016 scheme, paired with Jonny Dymond. Claire has set herself up in Tunis as a freelance reporter after nearly a decade of working as a staff producer, including at ITV News and Sky News.

She jumped in the deep end, accepting her first ever reporting assignment to cover the UN Libya peace talks, with fewer than 24 hours notice. The summit was held in Tunis between 9-17 November. She covered it for Al Jazeera English from the Tunis bureau of Al Jazeera Arabic.

On the opening day, Claire did two live hits and filed a package. She went on to do further live hits on the progress of the talks over the course of the week.

On the last day of the summit, the UN news conference with the Acting Special Envoy was delayed by several hours, and took place at 2330 local time – well after the nationwide night-time curfew had begun (part of Tunisia’s coronavirus restrictions).

Claire did live hits on Skype from her apartment as the press conference was ending. Claire was asked to package the end of the talks and filed overnight by sending her voice on her phone and writing the piece using the available dopesheets. The package was filed at 0200 local time and ran all morning.

We hope this reporting assignment is the first of many!

You can watch Claire’s packages here: