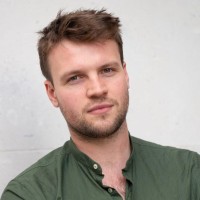 Charlie Haynes, a mentee on our 2019-20 scheme, found out that the regulations behind coronavirus antibodies tests could be putting the public at risk. He did some digging around to find out more with BBC Newsnight. Charlie explains:

‘I started looking at this after a source who works in healthcare told me they were worried that tests they were administering were giving a false sense of security to patients. I spoke to the Newsnight team – where Deborah Cohen, the health correspondent there, had already been looking at the issue. She suggested I spoke to Jon Deeks, professor of biostatistics at the University of Birmingham, and from there we began investigating the regulation and industry behind it. We had help from producer Matt Quinton in putting together the fantastic package.’

You can watch Charlie’s and Deborah’s report here and you can read their article here.